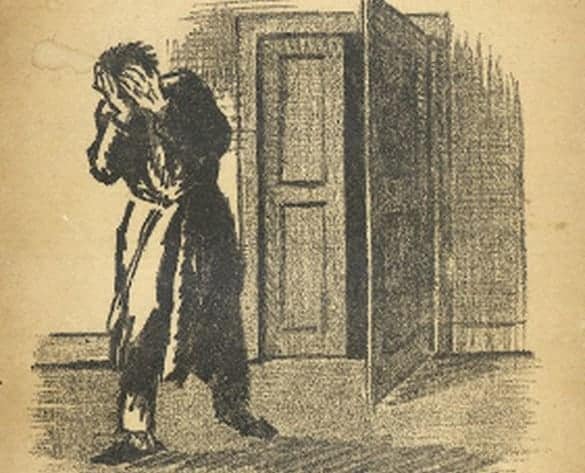 For the better part of 400 years, the production of art in France was largely controlled by artistic academies. With the first official academy being the Académie Française (“French Academy”), founded in 1634 by Cardinal Richelieu. A key element of academy life was the copying of old masters.

That is, an aspiring artist would learn the forms by copying works which were considered fine examples of the discipline. A similar method can be invaluable when seeking to improve one’s writing, though with a key difference.

The accurate copying of a painting or sculpture requires considerable skill. In which context, the mere repetition of copying helps to improve an existing ability. But in the digital age, to copy another person’s writing is as simple as copy and paste. Obviously this digital version of copying old masters would add nothing but more plagiarism to the world wide web.

Thus in the written context, the process involves typing out and ‘editing’ great works. Not to post, but for private edification. Looking for ways in which greater clarity could be achieved. Or simply to get the fingers following the keys in a good and regular metre.

We tend to write what we read. thus by taking this a step further and not only reading but learning to emulate great writing, we can step up our written game to a more refined level.

In the Style of and Old Master

The final stage in the copying of old masters process is to produce a work ‘in the style of.’ By that I mean, take a writer you greatly admire. Then try and write a piece about a completely different topic but in the style of their verse.

An example of this would be something like the following:

He would have used his arms and his hands to push himself up; but instead of them he only had all those little legs continuously moving in different directions, and which he was moreover unable to control. If he wanted to bend one of them, then that was the first one that would stretch itself out; and if he finally managed to do what he wanted with that leg, all the others seemed to be set free and would move about painfully. “This is something that can’t be done in bed,” Gregor said to himself, “so don’t keep trying to do it.”

Taking on a Kafkaesque style:

I decided to leave the party and tried to walk straight to the door; but instead of this simple process, it took me three glasses of whisky to make it out of the room. If I wanted to turn left, a friend would grab my right arm and steer me toward the bar. If I wanted to walk forward, a companion would pull me back, pressing another glass of the amber liquid into my hand. Finally, I managed to do what I wanted and, listing gently from side to side, stumbled out of the room.

This post is day 098 of my #100DaysToOffload challenge. If you want to get involved, you can get more info from 100daystooffload.com.

The copying of old masters requires skill. In which context, the mere repetition of copying helps to improve an existing ability.

The copying of old masters requires skill. In which context, the mere repetition of copying helps to improve an existing ability.