For a while now, I’ve been thinking about my online services. It started, as so many of my recent online adventures have, with a post from Kev Quirk alerting me to his latest initiative: the 512k club. I have been interested in a greener and lighter world wide web for sometime, and have written about my attempts to improve the weight of this site. This initiative was right up my alley. But it also got me thinking about my online identities and where my services are hosted.

I have been using Infomaniak for several years and recently started using their Jelastic offering. It provides me near endless scalability while also ensuring I only pay for the processing power I use. In a recent article, Infomaniak outlined one of their key value propositions:

independent by developing [our] own data centres in Switzerland. This know-how, which is closely linked to our commitment to ecology and confidentiality, allows us to guarantee data sovereignty and to control the security of our solutions from start to finish.

Musing on data sovereignty led my mind, as it is want to do, to reason that one of the key offerings of my social media platform of preference was sovereignty. Namely, Mastodon allows you to run your own server which means you have “absolute control over your own voice on the web, not subject to anyone else’s rules or whims. Your server is your property, with your rules. It will exist as long as you want it to exist.” This is an issue close to the heart of my digital philosophy as life on Mastodon started in a less than enjoyable way.

O Instance, Where Art Thou?

Like so many before me, when I first stumbled upon Mastodon I was confused by the notion of federation. Surely you need to be on the platform with the most people if you want a reasonable follower-ship. However, once I had been inducted into the ways of the Fediverse, it became clear server choice should be governed by interests not by user statistics. To that end, I made my first hop from mastodon.social to scholar.social. This was where I first learned about content warnings.

I grew up in a family that stressed the importance of courtesy and politeness, and I ran a number of forums back in the naughties. I thought I knew a thing or three about social interaction and reasonable speech. In which context, it was rather disconcerting to be told in no uncertain terms that many of my posts were causing offence and that I should put certain types of posts behind content warnings. If I had been posting pornography, violent imagery or other content which would not be fit for air until after the watershed, then I could have understood. At which point the issue dawned. My views on what is deserving of a content warning is driven by the society in which I live. But for some, my musings on life, art, philosophy and politics were considered trigger worthy and thus warranted a CW.

A Voice Without Warning

While I like to try and make everyone with whom I interact feel at home, there are limits. If most of what I write has to be hidden from view, I’d rather find a community who are more open to the stone in the shoe that philosophy generally aspires to be. This led me to Qoto.

It was certainly refreshing to find that instead of warnings about my content, I found a steadily growing following. But I remained restless as while the increased character count in posts was a welcome upgrade for someone of my verbose tendencies, I was finding most people I followed where posting from the FOSS community. So I slung my hook again and trudged off to Fosstodon.

While never asked to hide my musings behind a content warning, I felt an odd sense of imposition. For while I have a love of FOSS and post on technology from time to time, my primary interests are philosophical and it just didn’t seem like the right fit. Though, if this latest experiment falls through, I hope they’ll have me back.

There was also the additional pressure of being surrounded by highly talented developers and technologists, which made me think I should bite the bullet and leverage Mastodon’s great promise: absolute control over my voice on the web. After no small degree of fettling – a story for another time – I am proud to announce social.winter.ink. 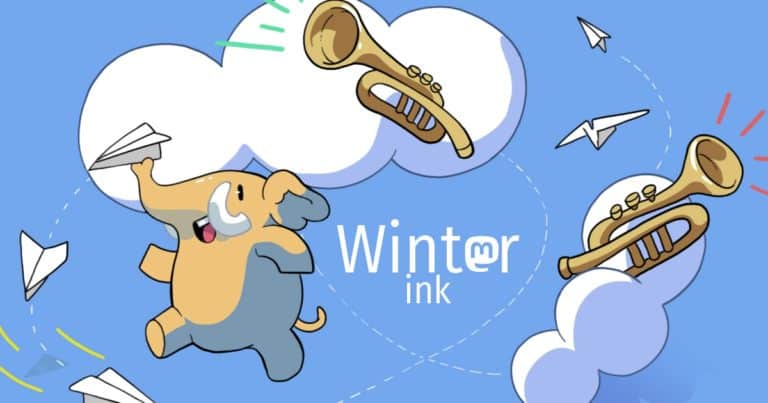