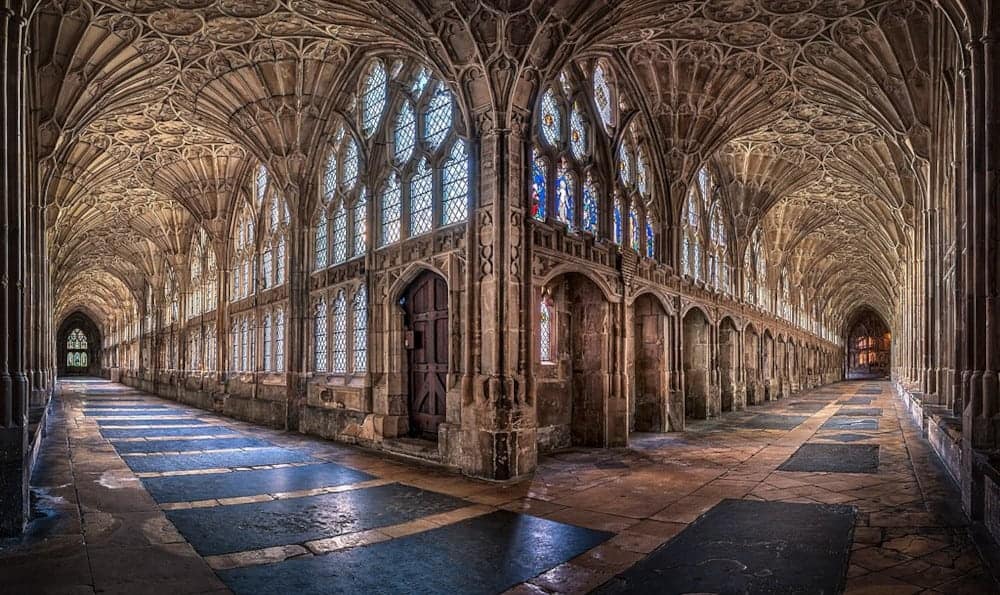 Today I passed a building. In a suburban environment this shouldn’t even rank as noticeable, let alone the start of an article. But what struck me was how dull and quotidian it was. As though it had been stuck onto the landscape by a draftsman in need of a decent ruler.

Walking on, I recalled the words of Coleridge:

The principle of the Gothic architecture is infinity made imaginable. – Samuel Taylor Coleridge

Musing on how the building I passed was the very antithesis of the Gothic, I found myself recalling some of the majestic architecture of the past: a Gothic Reprieve from the mundane of the modern.

The term ‘gothic’ was originally a term of disdain. As ever, all that is now ‘old’ once was a new invention. The style developed and flourished between about 1140 and 1520 and was, at the time, considered the antithesis of everything for which the Renaissance stood. Contemporaries decried the Gothic as superstitious, violent, disordered. The very symbol of what was misnamed the ‘dark ages.’ Though unconnected to the peoples from the benighted north, who sacked Rome in 410 AD, the allusion to barbarianism stuck.

Perhaps the most interesting element about Gothic architecture is the prolific way in which its makers and innovators spawned new modes. To sample but a handful, there was early, flamboyant, geometric and perpendicular. Some of the finer examples of which are to be found in Paris, Salamanca, Lincoln and Gloucestershire:

Looking at the images above, it requires little imagination to apprehend why Coleridge saw infinity in the architecture. But behind the infinite is the notion of the sacred eternal. Perhaps this is because few examples of Gothic architecture have survived which are not churches. An example of use conferring meaning. Perhaps it is because the nineteenth-century religious revival was closely allied to the accompanying Gothic revival, in which the unconsecrated (town halls, hospitals and railway stations) were made to feel like sacred structures. In the industrial age, God was seen to be in the products of industrialism: enlightened technology.

This is a notion our age has been equally quick to adopt, as the digital realm has become the new temple for many. Perhaps you have noticed a Gothic revival of our times in digital form – the infinity of the world wide web, the sacred eternal of digital rights and the enlightened technology which facilitates this sacred infinite.

This post is day 071 of my #100DaysToOffload challenge. If you want to get involved, you can get more info from 100daystooffload.com.

Musing on how the building I passed was the very antithesis of the Gothic, I found myself recalling some of the majestic architecture of the past.

Musing on how the building I passed was the very antithesis of the Gothic, I found myself recalling some of the majestic architecture of the past.