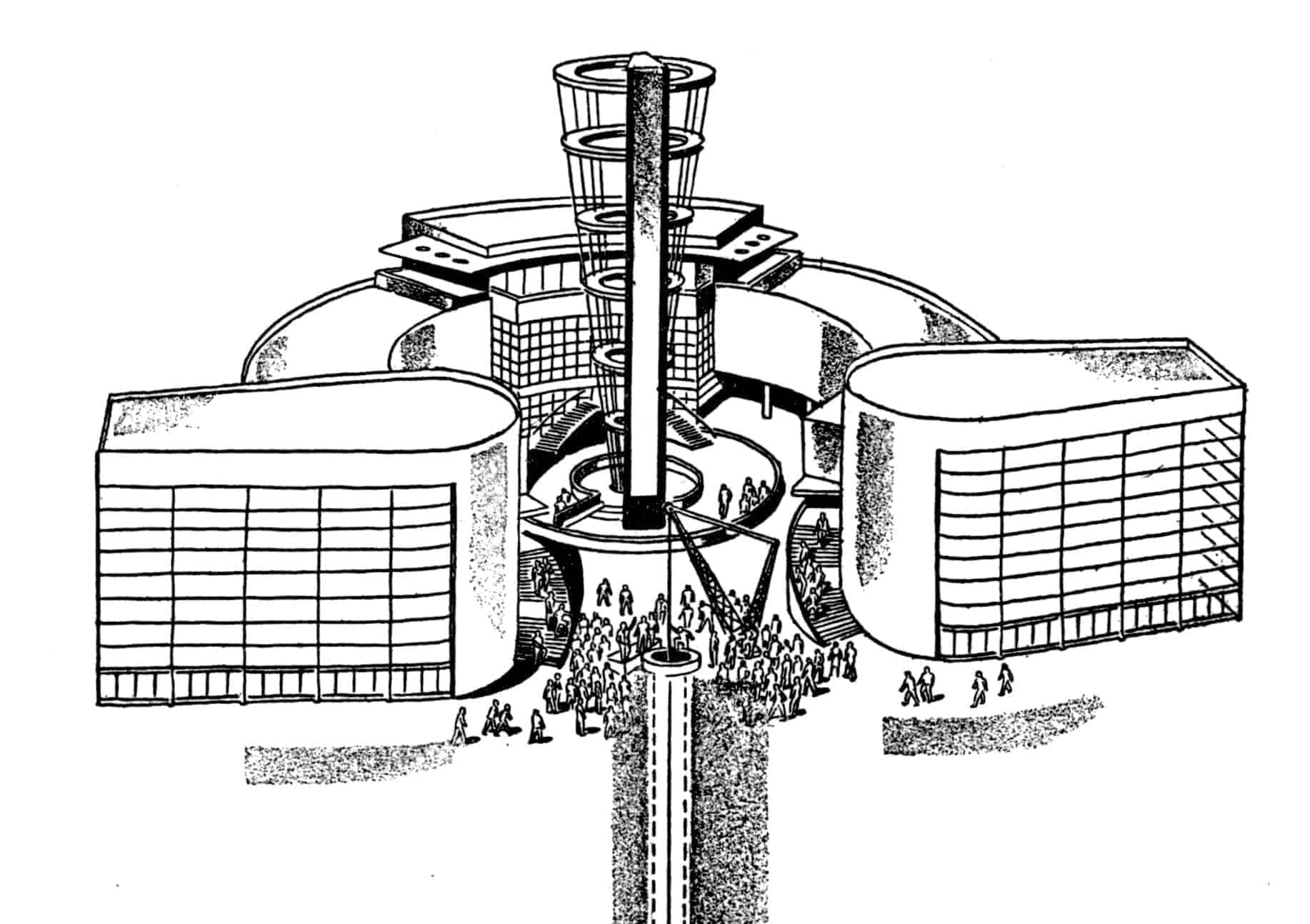 In 1939, Westinghouse Electric & Manufacturing Company sealed their ‘Time Capsule I’ and buried it 50 feet below Flushing Meadows–Corona Park, the site of that year’s world’s fair. The capsule is intended to be opened in the year 6939, five thousand years after the capsule was commended to the ground.

In addition to an assortment of contemporary items – copies of Life magazine, a kewpie doll, a pack of Camel cigarettes – three of the most important thinkers of the age contributed messages.

The first was from Albert Einstein. In it, the great physicist mused on his thoughts for the future. Part aspiration and part lament, it was penned only a few months before the outbreak of the Second World War.

Our time is rich in inventive minds, the inventions of which could facilitate our lives considerably. We are crossing the seas by power and utilise power also in order to relieve humanity from all tiring muscular work. We have learned to fly and we are able to send messages and news without any difficulty over the entire world through electric waves. However, the production and distribution of commodities is entirely unorganised so that everybody must live in fear of being eliminated from the economic cycle, in this way suffering for the want of everything. Further more, people living in different countries kill each other at irregular time intervals, so that also for this reason any one who thinks about the future must live in fear and terror. This is due to the fact that the intelligence and character of the masses are incomparably lower than the intelligence and character of the few who produce some thing valuable for the community. I trust that posterity will read these statements with a feeling of proud and justified superiority.

The second thinker to contribute was Robert Andrews Millikan. Like Einstein, he too harboured fears the forces of despotism would come to dominate the earth and continue to repeat the ‘sad story of war and oppression’ which has afflicted humanity for generations:

At this moment, August 22, 1938, the principles of representative ballot government, such as are represented by the governments of the Anglo-Saxon, French, and Scandinavian countries, are in deadly conflict with the principles of despotism, which up to two centuries ago had controlled the destiny of man throughout practically the whole of recorded history. If the rational, scientific, progressive principles win out in this struggle there is a possibility of a warless, golden age ahead for mankind. If the reactionary principles of despotism triumph now and in the future, the future history of mankind will repeat the sad story of war and oppression as in the past.

The third individual to offer comment on the age and hopes for the future was Thomas Mann. Unlike the two scientists, this novelist perhaps saw more clearly the differences between fact and fiction. That the notions of a ‘better world’ in the future is a fallacy, inaugurated by the doctrine of progress. Yet this is not to say there is no hope for a better tomorrow, quite the contrary. It is to acknowledge how like the people of the past, those of the future are. To imagine ‘our time’ is more awake and aware is to recycle the myth of the revolution which states: now, with this generation, we have recognised the injustices and our ‘new’ formulations will address them.

Mann was alive to this fallacy, and in rejecting it, opens the opportunity for genuine progress, instead of mere window dressing.

We know now that the idea of the future as a “better world” was a fallacy of the doctrine of progress. The hopes we center on you, citizens of the future, are in no way exaggerated. In broad outline, you will actually resemble us very much as we resemble those who lived a thousand, or five thousand, years ago. Among you too the spirit will fare badly. It should never fare too well on this earth, otherwise men would need it no longer. That optimistic conception of the future is a projection into time of an endeavor which does not belong to the temporal world, the endeavor on the part of man to approximate to his idea of himself, the humanization of man. What we, in this year of Our Lord 1938, understand by the term “culture” a notion held in small esteem today by certain nations of the western world is simply this endeavor. What we call the spirit is identical with it, too. Brothers of the future, united with us in the spirit and in this endeavor, we send our greetings.

Eighty-one years on, how do you see our ‘modern’ age? Able to read these sentiments with proud and justified superiority? That we have recognised the injustices and our ‘new’ formulations have addressed them? Or perhaps that we still closely resemble those who lived before us?

This post is day 058 of my #100DaysToOffload challenge. If you want to get involved, you can get more info from 100daystooffload.com.

The novelist saw more clearly the differences between fact and fiction. That notions of a 'better world' tomorrow is a fallacy of the doctrine of progress.

The novelist saw more clearly the differences between fact and fiction. That notions of a 'better world' tomorrow is a fallacy of the doctrine of progress.