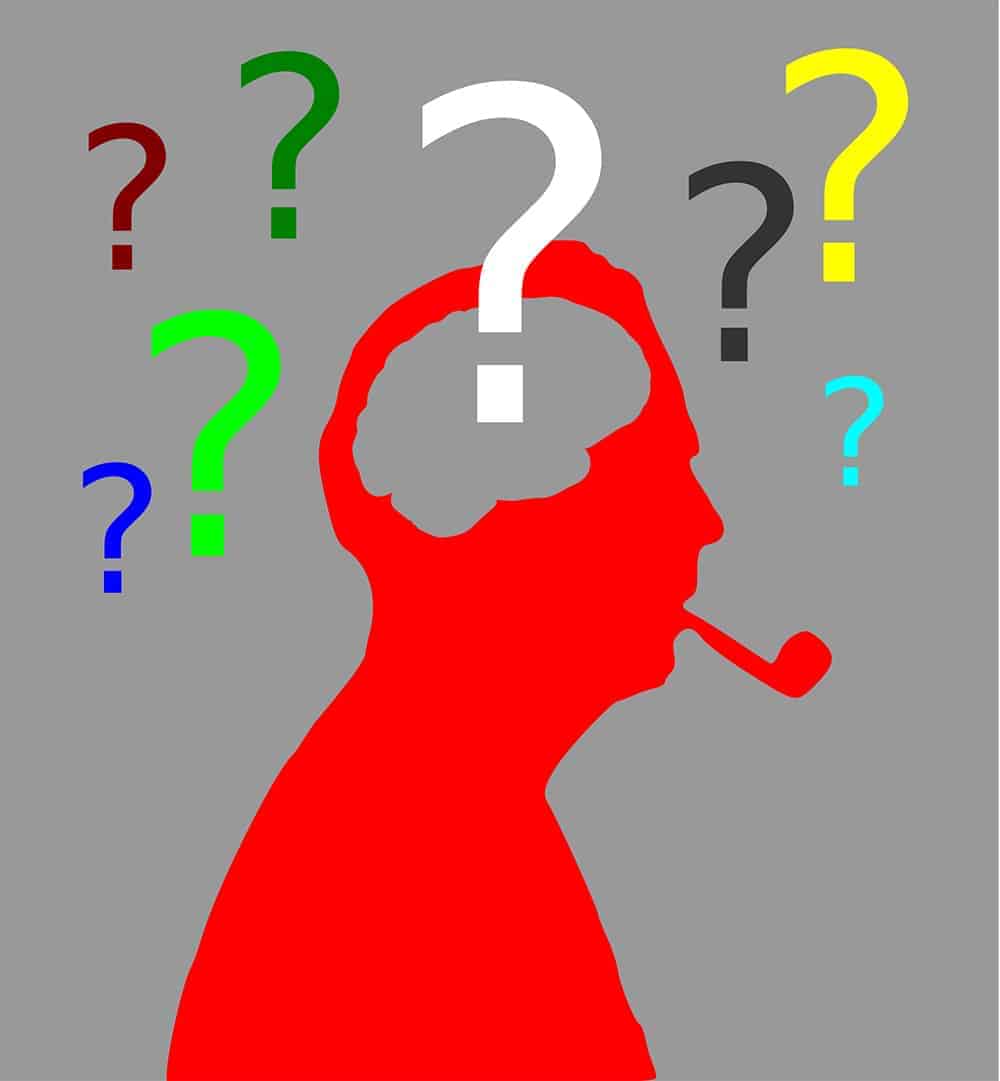 Though the works of René Descartes are seldom read, his phrase ‘cogito, ergo sum‘ has entered popular culture to the extent it is known even beyond those with little Latin and less Greek. Part of the reason for this is that Descartes was attuned to the realisation that Latin had a more limited audience than the vernacular and originally published his sentiment in French: ‘je pense, donc je suis.’ But be it Latin, French or the current lingua franca of English, ‘I think, therefore I am’ has achieved something akin to universal understanding.

Antoine-Léonard Thomas, in addition to having perhaps the shortest Wikipedia page for a man of such eloquence, expanded aptly on Descartes original to arrive at: ‘dubito, ergo cogito, ergo sum‘ [I doubt, therefore I think, therefore I am]. In revealing doubt as the central  tenet  in Descartes thinking, he exposed one of the challenges of modern philosophy. One which fundamentally vexed Søren Kierkegaard who apprehended that thinkers of his generation doubted, but only in a very superficial way:

Every speculative score-keeper who conscientiously marks up the momentous march of modern philosophy, every lecturer, crammer, student, everyone on the outskirts of philosophy or at its center is unwilling to stop with doubting everything

This over consumption of doubt, to coin a phrase, resulted in modern thinkers failing to doubt properly. For the ancient Greeks, indeed for Descartes himself, doubting was a skill which was not easily done. One could spend a lifetime refining the act still to have a long way to travel on the journey. But contemporaries of Kierkegaard seemed to treat doubt as a beginning rather than end of speculation.

Kierkegaard went on to observe that doubt was the inverse of faith and that while people were too quick to start with doubt, they were also too quick to move on from faith: ‘Today nobody will stop with faith; they all go further.’

In reversing the polarity of effort with respect to doubt and faith, modern thinkers were making what should be effortful, cheap.  Rather than stopping with faith and spending a lifetime testing it in the fire of doubt, thinkers were quick to doubt and thus reduced faith to a mere conceptual term. For Kierkegaard, this compression of faith into a simple and comprehensible concept meant that people were fundamentally misunderstanding that faith is an act which requires ongoing struggle.

Only by embracing the struggle, by returning to a pre-modern conception of doubt and faith – that both are a lifelong struggle and do not permit compression to a meme or tweet – can we hope to effectively wrestle with the ethical problem at hand. But effort is seldom sexy to warriors of change. That is to say, they prefer to compress faith and doubt into a single hashtag in an effort to remake the world in their image overnight. Because change at the rate of a lifetime is too long for the social media cycle.

This post is day 045 of my #100DaysToOffload challenge. If you want to get involved, you can get more info from 100daystooffload.com.

For the ancients, doubting was the end of a lifelong quest for truth. For moderns, it has become the beginning rather than end of speculation.

For the ancients, doubting was the end of a lifelong quest for truth. For moderns, it has become the beginning rather than end of speculation.